You are here: Home1 / All featured sites2 / W-Arly-Pendjari Complex

EXPLORE NIGER’S W-ARLY-PENDJARI COMPLEX with this slideshow, check the location map and get all the facts and information below. 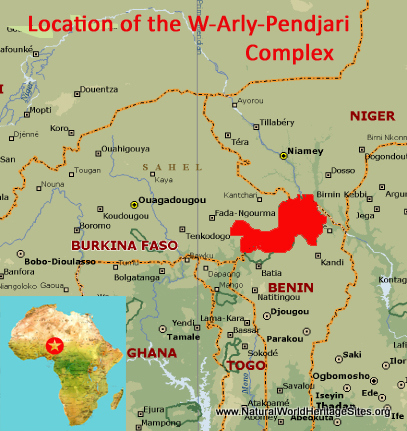 Values: Since its extension in 2017 (based on the previously inscribed W National Park of Niger) the re-named site of W-Arly-Pendjari complex comprises a trans-frontier protected area covering a complex of reserves clustered across the international border between Niger, Benin and Burkina Faso. The W-Arly-Pendjari complex supports the largest remaining population of elephants in West Africa, and provides one of the most complete examples of a West African savanna woodland ecosystem. The W-Arly-Pendjari complex lies in the transition zone between the Sudanese and Sudano-Guinean savannas and is predominantly semi-arid to semi-humid Sudanese wooded savanna. Flooded plains along the Niger River lie under a major Palaeoarctic-Afrotropical flyway and between February and May over 20,000 aquatic birds congregate there.

A comprehensive review of the world heritage values of the W-Arly-Pendjari complex is provided below, together with details of the area’s conservation status and the threats it faces.

REVIEW OF WORLD HERITAGE VALUES: According to IUCN’s Conservation Outlook Assessment (2014), the specific attributes which qualify the W-Arly-Pendjari complex for world heritage status can be summarised as follows:

Wide variety of aquatic and terrestrial ecosystems within a large protected area complex. The W-Arly-Pendjari complex straddles three major biogeographical regions (Sudano-Guinean, Sudanese and Sahelian) and supports a correspondingly diverse range of habitats. These include wetlands of international importance (associated with the Niger River and its tributaries and floodplains) as well as gallery forests, wooded savannas, semi-desert scrub and magnificent stands of giant Baobab trees.  The size of the extended W-Arly-Pendjari complex provides it with ecological resilience and should ensure the maintenance of its outstanding value as one of the few remaining relatively intact savanna ecosystems in west and central Africa.

High diversity and biomass of plant and animal species. The W-Arly-Pendjari complex supports a relatively high diversity of plant and animal species, especially when considered within a sub-regional context. The fauna includes 73 species of mammals and one of the largest populations of wild ungulates in west Africa.  There are 367 species of birds recorded in the W-Arly-Pendjari complex as well as 112 species of reptiles, 120 species of fish (fauna representative of the Niger River) and 500 species of higher plants.

CONSERVATION STATUS AND PROSPECTS: The conservation status of the W-Arly-Pendjari complex is of significant concern as there has been a progressive degradation of the park’s resources over several decades. Although the values which justified the site’s inscription on the World Heritage List are still present, they have been significantly compromised. Populations of key species have been reduced and the park is facing growing pressures for agricultural land, harvesting of non-timber forest products and bushmeat from fast-growing communities outside its boundaries.

MANAGEMENT EFFECTIVENESS: The management authority does not have enough financial, technical and material support to address the growing number and intensity of threats and ensure effective management of the various reserves that make up the W-Arly-Pendjari complex.  Poaching remains a major challenge which the authorities have been largely unable to stop. There are significant unresolved issues regarding the legal status and location of boundaries, as well as the definition and management of buffer zones.  International cooperation over management of the wider protected areas complex is being supported through international aid, but some problems originating beyond the park’s boundaries – such as siltation of the Niger River – remain as serious unresolved challenges.

REVIEW OF CONSERVATION ISSUES AND THREATS: The following issues represent specific threats to the ecology, conservation and values of the W-Arly-Pendjari complex world heritage site.

Slideshow Description:  The slideshow provides a comprehensive overview of the W-Arly-Pendjari Complex, which straddles the international border between Niger, Burkina Faso and Benin. It shows the area’s wooded savanna landscapes, wildlife habitats, plants and animals while highlighting some of the conservation management issues, and illustrating local community livelihoods and some typical visitor experiences. 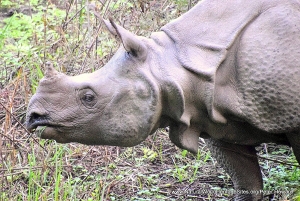 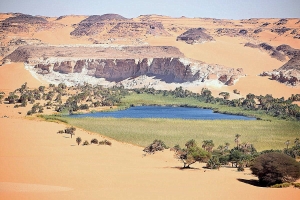 Lakes of Ounianga
Scroll to top