You are here: Home1 / All featured sites2 / Garamba National Park

EXPLORE CONGO’S GARAMBA NATIONAL PARK with this slideshow, check the location map and get all the facts and information below. 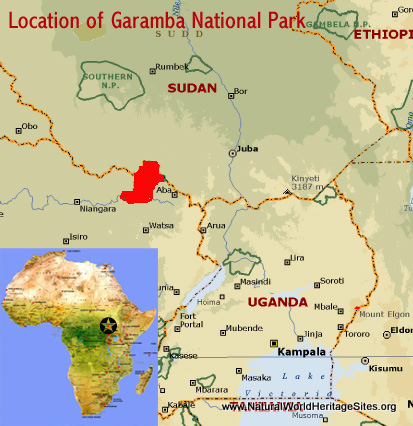 Values: Immense savannas, grasslands and woodlands, threaded with gallery forests and swampy depressions, protect a wide range of species, including large herds of elephant and hippopotamus; some of the last remaining Congo giraffe; and the critically endangered northern white rhinoceros. Following a recent surge in poaching it is not certain that any rhinos survive, but exhaustive efforts are being made to locate and protect any that may remain.

REVIEW OF WORLD HERITAGE VALUES: According to IUCN’s Conservation Outlook Assessment (2014), the specific attributes which qualify GarambaNational Park for world heritage status can be summarised as follows:

Large expanse of guinea savannas with (potentially) high large mammal biomass. This is a vast, gently undulating expanse of guinea savanna and open woodlands with a dense network of permanent water sources. The abundance of permanent water means that plant productivity is high and can support an exceptionally high biomass of large herbivores. At certain times of the year (May/June) large numbers of elephant move into the park from the surrounding buffer zones with massive herds of over 500 individuals recorded.

Presence of iconic mega-fauna, including endangered and/or endemic mammal species. The park’s most iconic large mammals are the northern white rhino, Congo giraffe, elephant and chimpanzee. Unfortunately the northern white rhino has not been seen since 2007 and is now thought to be extinct in the wild. It was the world’s last remaining wild population (and only a very few individuals still survive in zoos and sanctuaries). The Congo giraffe is endemic to the DRC and Garamba’s population of 70-80 surviving individuals is the world’s only remaining population. Garamba’s elephants are unique in being an inter-grade between forest and savanna types and they represent the largest remaining population of elephants within a protected area in the DR Congo (and one of the largest in Central Africa). Eastern chimpanzees are known to occur in the gallery forests in the eastern buffer zone and are probably found elsewhere in and around the park.

CONSERVATION STATUS AND PROSPECTS: GarambaNational Park has probably already lost one of its principal values – the northern white rhino – and commercial poaching pressure remains intense, particularly on elephants. Local and international criminal groups are involved so poaching will most probably continue to threaten the park’s values for the foreseeable future. While management has been strengthened in recent years, establishing effective control over the park remains impossible due to the activities of a rebel group (the Lord’s Resistance Army, LRA) which has been attacking park staff, de-stabilizing local communities and undermining park management for over a decade. Despite significant international military cooperation it is so far proving impossible to neutralize this rebel group.

MANAGEMENT EFFECTIVENESS: The site is seriously affected by conflict, notably the presence of the Lord’s Resistance Army in the park and its surroundings. The resolution of this security problem is largely beyond the control of the park management authority. The problem has a trans-boundary dimension since the LRA move in and out of Ugandan, Congolese, Central African and Sudanese territories to avoid detection. However under African Parks leadership park management effectiveness is improving, and there has been a significant increase in financial and technical support to the park over the past decade.

Illegal commercial hunting. Illegal commercial hunting (i.e. poaching) represents the single greatest threat to the long-term conservation of the park. Poaching has resulted in significant declines of most large mammal populations over the past 40 years, with elephants reduced by 72% (from 22,600 to 6,300) between 1976 and 2004 while buffalos declined by 77% (from 53,000 to 12,200); giraffe by 47% (from 350 to 184) and white rhinos by 96% (from 490 to 20) over the same period. This negative trend has continued (and probably intensified) in the decade since the 2004 animal census. Poachers from local communities are regularly involved in commercial hunting of most of the large herbivores, but the most intensive commercial poaching over the past decade has come from neighbouring Sudan, with Sudan People’s Liberation Army (SPLA) soldiers and muharaleen horsemen targeting elephant ivory and rhino horn. This has exacerbated problems of poaching by other groups, including the rebel Lord’s Resistance Army (LRA), the Congolese national army (FARDC) and even some cases of poaching by parks staff. The challenges of stopping poachers have to be seen within the exceptionally difficult security context in north eastern DRC, with its own internal civil unrest, the impact of war in neighbouring Sudan, and the enduring presence of the LRA operating across international borders.

Civil unrest, with presence of rebel and military groups. Underlying the problem of commercial poaching is the issue of civil unrest which undermines park management. The park and its surrounding area are used as a ‘safe haven’ by the Lord’s Resistance Army which launches lethal attacks on local populations. The park headquarters at Nagero was also targeted in January 2009, with the death of 10 people, the kidnapping of three children and the loss of equipment valued at more than $US1.5 million. The LRA hunt the park’s wildlife for food, and have recently turned to elephant poaching to fund their operations. The savage brutality of this militia maintains a climate of great insecurity in the area and undermines the effectiveness of park management by eroding the morale of park staff and creating no-go areas. The presence of the Congolese army in counter-insurgency operations also has negative impacts on the park as Congolese soldiers are frequently involved in poaching.

Small-scale artisanal mining. Although a much less significant threat, illegal artisanal gold panning occurs in the park’s buffer zones where habitats (particularly gallery forests) are locally destroyed, and the associated wildlife disappears through habitat loss and hunting. When rich alluvial deposits of gold are found large numbers of people congregate in camps (gold panners, families, traders, and various other hangers-on) and this inevitably leads to poaching in the surrounding area. 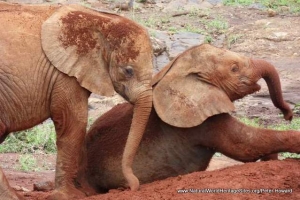 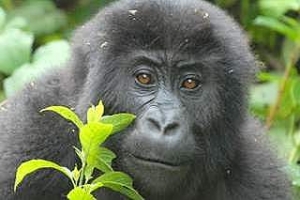