You are here: Home1 / All featured sites2 / Western Ghats

EXPLORE THE WESTERN GHATS with this slideshow, check the location map and get all the facts and information below. 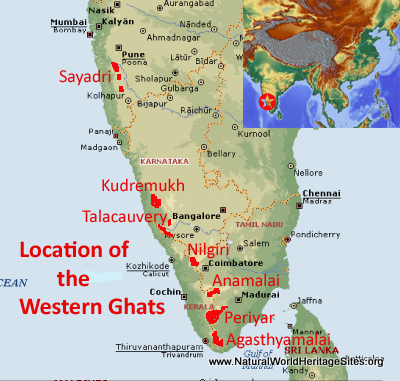 Location and Values: The Western Ghats is a long chain of forested hills and mountains running down the western flank of India from Gujarat in the north to Kerala and Tamil Nadu in the south. The mountain chain is subject to very high levels of monsoon rainfall and this combines with the area’s tropical climate, wide range of altitude and ancient history to create a diverse, evolving landscape with exceptional biodiversity values.  From a biodiversity perspective the area is regarded as one of the eight ‘hottest hotspots’ in the world, with exceptionally high numbers of species of plants and animals as well as very high levels of endemism. For example, there are an estimated 4-5,000 species of plants, including 650 species of tree of which 352 (54%) are endemic to the Western Ghats.  High levels of endemism and species richness are also recorded amongst some animal groups with 65% of the area’s 179 species of amphibian found nowhere else, while 62% of the 157 reptile species and 53% of 219 species of freshwater fishes are endemic. The Western Ghats provide a ‘last refuge’ for several of Asia’s most iconic large mammals, including elephant, gaur and tiger, as well as unique endangered species such as the lion-tailed macaque, Nilgiri langur monkey and Nilgiri tahr (a type of mountain goat). No fewer than 325 species are globally threatened with extinction, including 229 plant species, 43 amphibians, 31 mammals and 15 birds.

The total area of the Western Ghats is around 140,000 km2 and the world heritage site is designed to encompass representative areas of all the major ecosystems and biodiversity of this vast area. It includes 39 designated national parks and reserves, in 7 ‘clusters’ situated along the length of the mountain chain.

Conservation Status and Prospects.  According to IUCN’s Conservation Outlook Assessment (2017) the conservation status of the Western Ghats is of ‘significant concern’. The IUCN report notes that ‘ this property was inscribed in 2012 amid some controversy, given the difficulty to decide how best to represent the extraordinary biological richness of the Western Ghats. Finally, a network of 39 separately managed sites, grouped in 7 contiguous clusters, was inscribed and efforts are under way to draw these sites together into a cohesive whole (including corridors to ensure wildlife connectivity) that tells the story of the outstanding value of the Western Ghats. There are also proposals and good potential to further extend the property to better express its OUV. Traditionally conserved by small populations of indigenous people leading sustainable lifestyles, the area is under increasing population and developmental pressure that requires intensive and targeted management efforts to ensure that not only are existing values conserved, but that some past damage may be remediated. The pressure from human populations in this region should not be underestimated: 50 million people are estimated to live in the Western Ghats Region, resulting in pressures which are orders of magnitude greater than many protected areas around the world. Evidence suggests that forest loss, encroachment and conversion continues to affect the property. The challenges are many, but the will by both government and non-governmental groups to ensure the conservation of the Western Ghats is high.

The slideshow is intended to ‘tell the story’ of the Western Ghats, and features a portfolio of photos from a visit to the area around Periyar National Park/Tiger Reserve in Kerala (777 km2) by Peter Howard in October 2017. The slideshow starts at the excellent Periyar Nature Interpretation Centre in Kumily, which provides a wealth of introductory material including photos of some of the rare animals that visitors are unlikely to see during a short visit to the park.  Some of these are included in the slideshow to give a sense of the area’s biodiversity – lion-tailed macaque, leopard cat, black-naped hare, Nilgiri tahr, a tree frog and owl are illustrated.  From the interpretation centre the slideshow continues with photos taken during a day-long community-managed excursion into the park, combining bamboo rafting on Periyar Lake (an artificial reservoir) with trekking through the shoreline forests and grasslands.  During the course of the day a remarkable diversity of wildlife was seen, including elephant, wild boar, gaur, Nilgiri langur monkeys and bonnet macaques.  Evidence of tigers included some deep cuts in the bark of a tree corresponding with claw marks, but the animals themselves remained elusive (photos of a tiger taken elsewhere are included in the slideshow).

The second part of the slideshow records a traverse through a more remote part of the adjacent Ranni Division forest (828km2), along a single-track one-way road (designated 183A). This is a highly restricted route with just 15 vehicles permitted per day (increasing to 30 on Sundays and holidays). It is a very scenic route and covers a wide range of different forest types and includes views of the typical hill-top grasslands that are characteristic of the Western Ghats as well as several picturesque (artificial) lakes.  It should be noted that the Western Ghats world heritage site has been subject to much greater economic development pressure than would normally be acceptable for such an internationally recognized conservation area, and some of these pressures and threats are illustrated, including dams, artificial reservoirs and infrastructure related to hydro-electric power generation (pylons, cut-lines, pipelines) as well as some forestry plantations of exotic trees (eucalyptus) and invasive weeds such as Lantana. These historical developments compromise the ecological integrity of the site, but they pre-date the site’s inscription and it is hoped they can be remediated in the long-term. 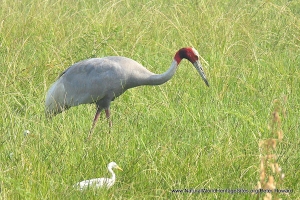 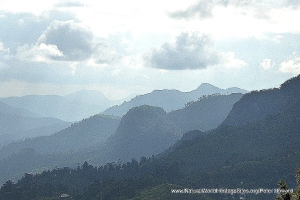