EXPLORE EGYPT’S WADI AL-HITAN (WHALE VALLEY) with this slideshow, check the location map and get all the facts and information below. 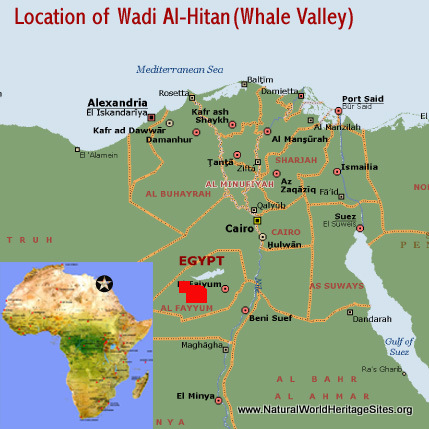 Values: Wadi Al-Hitan, Whale Valley, in the Western Desert of Egypt, contains invaluable fossil remains of the earliest, and now extinct, suborder of whales, Archaeoceti. These fossils represent one of the major stories of evolution: the emergence of the whale as an ocean-going mammal from a previous life as a land-based animal, about 37 million years ago. This is the most important site in the world for the demonstration of this stage of evolution. It portrays vividly the form and life of these whales during their transition. The number, concentration and quality of such fossils here is unique, as is their accessibility and setting in an attractive and protected landscape. The fossils of Al-Hitan show the youngest archaeocetes, in the last stages of losing their hind limbs. Other fossil material in the site makes it possible to reconstruct the surrounding environmental and ecological conditions of the time.

REVIEW OF WORLD HERITAGE VALUES: According to IUCN’s Conservation Outlook Assessment (2014), the specific attributes which qualify Wadi Al-Hitan (WhaleValley) for world heritage status can be summarised as follows: 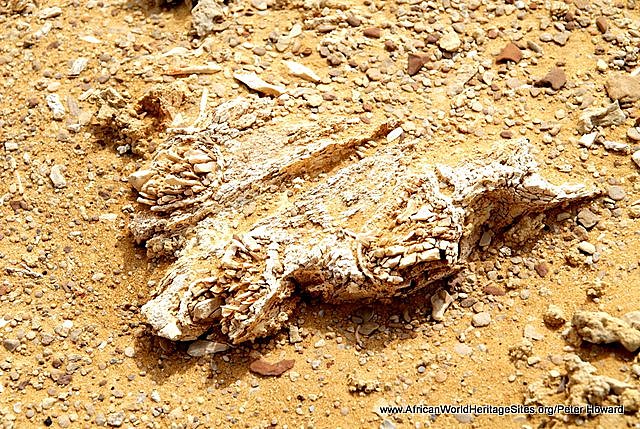 Major concentration of whale fossils. This is the largest concentration of intact whale fossils in the world with 400 skeletons representing a variety of whale species from the Eocene era. The primitive (Archaeoceti) whale fossils have particular morphological features that tell us what they looked like and how they lived during a critical stage in the evolution of marine mammals from their predecessors living on land. Alongside the whales lie the fossilised remains of sirenians and reptiles, as well as shark teeth (from the Gehannam Formation, 40-41 million years ago) and evidence of many other marine species.

CONSERVATION STATUS AND PROSPECTS: The Wadi Al-Hitan (WhaleValley) site is well protected and managed and remains in a very good state of conservation. A good management plan and framework is in place, although there is a need for additional resources to allow for its full implementation. There is scope for extension of the site to include the nearby Gebel Qatrani area, which has many complementary values and would be a valuable addition. 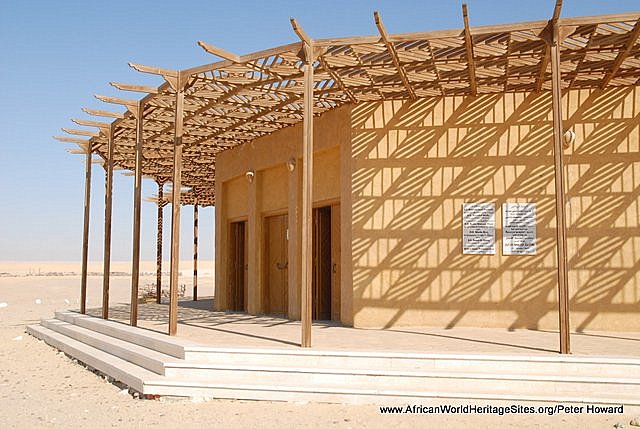 MANAGEMENT EFFECTIVENESS: There is a strong management framework for protection of the site and adequate facilities for visitor information, interpretation and management. Nevertheless there is a shortage of funds and facilities to fully implement management programmes.

REVIEW OF CONSERVATION ISSUES AND THREATS: The following issues represent specific threats to the preservation and geological values of the Wadi Al-Hitan (WhaleValley) world heritage site. 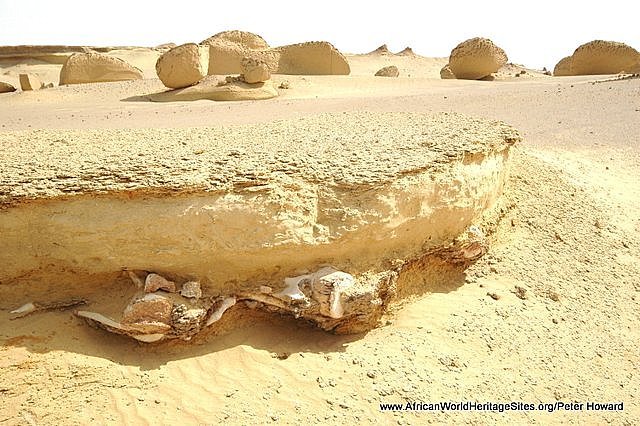 Damage caused by visitors. As whale skeletons, other fossils and the fossil-rich sandstone strata are often physically fragile, they are vulnerable to damage from trampling and (especially) the possibility of being crushed by vehicles. There was a 3-fold increase in the number of visitors to the site in the 3-year period following its inscription on the world heritage list (with 12,000 visitors recorded in 2008), so the threat of damage by visitors is increasing. Cases of off-road driving and creation of unofficial access routes (through fossil-rich areas to the north) have been reported, and represent a significant (low-level) threat. 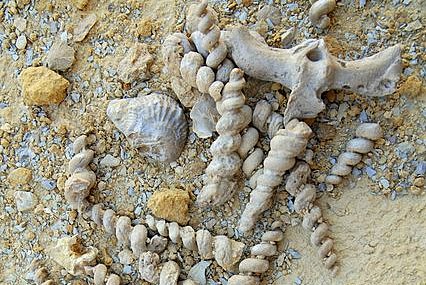 Theft of fossils. There is relatively little protection against the theft of fossils, and (as many of them are lying on the surface and can easily be picked up) the threat of theft from the site is very real.

Natural erosion. Wind and water erosion is a slow, natural process that is part of the dynamics of the site. It leads to ‘new’ fossils becoming exposed and ‘discovered’, while others might be lost and buried. In some cases exposed parts of valuable fossils might require special protection, and ‘polymer embedding’ has been used by site managers in the past as a means of preservation against natural erosion.

Quarrying. There have been reports of unsuccessful attempts to establish illegal quarries for building materials within the site. This may continue posing a potential threat although specific information on this is not available.

The slideshow provides an overview of Egypt’s Wadi Al-Hitan (Whale Valley) world heritage site, showing the area’s landscapes, fossil sites and some of the visitor facilities and interpretative displays. 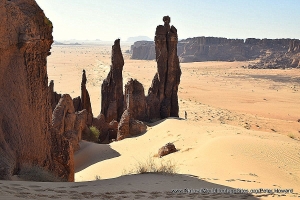 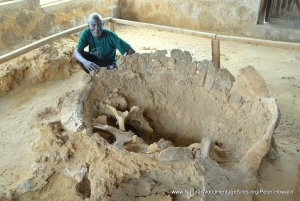