You are here: Home1 / All featured sites2 / Pimachiowin Aki

EXPLORE Pimachiowin Aki with this slideshow, check the location map and get all the facts and information below. 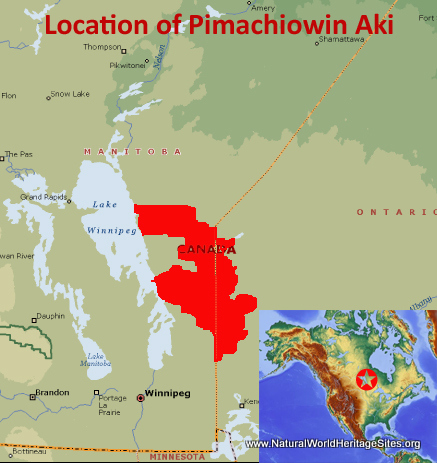 Location and Values: Pimachiowin Aki is located in south-central Canada, straddling the border between Manitoba and Ontario to the north-east of Winnipeg. It is a vast area of boreal forest, wetlands, lakes and free-flowing rivers that forms part of the ancestral home of the Anishinaabeg indigenous people. These people maintain a cultural tradition of Ji-ganawendamang Gidakiiminaan (‘Keeping the Land’) which involves an intimate connection between people and nature, a respect for all forms of life and honouring the gifts of the Creator. There are four small permanent Anishinaabeg communities within the site, whose people live from fishing, hunting and gathering consistent with their traditional practices.
From a natural heritage perspective, the world heritage listing recognizes the outstanding value of the ecological processes and interactions evident at Pimachiowin Aki. The area contains an exceptional diversity of terrestrial and freshwater ecosystems which enables the natural processes of wildfire, nutrient flow, species movements, and predator-prey relationships to function fully. Pimachiowin Aki’s remarkable size, intactness, and ecosystem diversity support characteristic boreal species such as Woodland Caribou, Moose, Wolf, Wolverine, Lake Sturgeon, Leopard Frog, Loon and Canada Warbler. Notable predator-prey relationships are sustained between species including Wolf predation on Moose and Woodland Caribou, and Lynx predation of Snowshoe Hare. Traditional use by Anishinaabeg, including sustainable fishing, hunting and trapping, is recognized as an integral part of the boreal ecosystems at Pimachiowin Aki.

Conservation Status and Prospects. IUCN’s Technical Evaluation of the (2018) world heritage nomination noted that Pimachiowin Aki is one of the last remaining large ecologically intact portions of southern boreal forest, a biome which has elsewhere been heavily fragmented by industrial forestry and other types of development. The area provides an unrivalled demonstration of the links between nature and culture, especially the practice of cultural traditions that maintain ecological integrity across a large landscape.
The natural values of Pimachiowin Aki are remarkably intact, with no commercial forestry, mining, or hydroelectric development permitted in the area, and waterways kept free of dams and diversions. The vast size of the site provides for ecological resilience in the face of threats such as climate change, while extensive buffer zones also contribute to its integrity. At the time of nomination, IUCN was concerned by two potential threats, namely the construction of new roads and the development of hydro-electric facilities and transmission lines. However, it concluded that neither of these potential threats was likely to materialize and that, over time, the overall road length within the site will be reduced, and no hydro-electric infrastructure will be developed.

The slideshow ‘tells the story’ of Pimachiowin Aki with a portfolio of photos by Bastian Bertzky from an IUCN evaluation mission in August 2015. A long series of aerial photos illustrates the landscape features of this outstanding place, including its extensive lakes and waterways, cascades and white-water rapids, forested islands, grassy floodplains and swamps as well as its extensive coniferous forests. Some of the ancient rock-art of the ancestors of the Anishinaabeg people, visible on some riverside cliffs from a small boat is shown. The slideshow concludes with views of the waterways and forest from a traditional canoe, and a couple of photos to illustrate the forest interior with its thick mat of lichen, a favoured winter food of caribou when the ground is covered in snow. 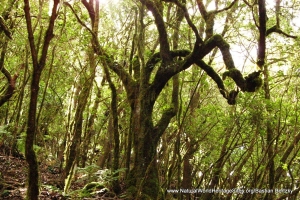 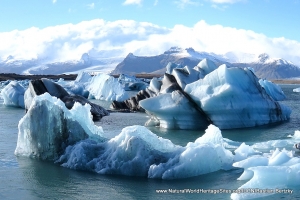